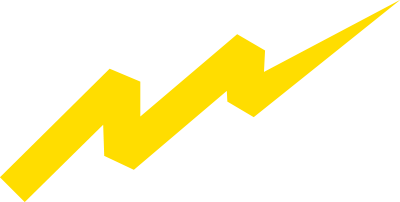 The existing district heating system in Vestmannaeyjar (Westman Islands), Iceland, supplies hot water for district heating to all homes in the town of Vestmannaeyjar, an island community of the south coast of mainland Iceland. It has been in operation since 1977, originally harnessing geothermal heat from a cooling lava field and from 1988 with hot water generated in electrode boiler using indigenous electricity from hydropower plant on mainland Iceland. Oil boilers provide stand-by energy if needed in case of electricity outage.
The supply temperature in the distribution system is constant 77°C and return temperature 34°C.
Trafo Elettro’s Client is working towards increasing the efficiency and economy of the hot water production by adding a heat pump plant into the DH system.
The intention is to use 6°C to 12°C seawater to heat the water in the distribution system via heat pump. The capacity of the Heat Pump Plant shall be 8-12 MW. Heating of 50 l/s of closed- loop district heating water from 34°C up to 77°C is preferred.

Info about Westman Islands
The largest island, Heimaey, has a population of 4,300. The other islands are uninhabited, although six have single hunting cabins. Vestmannaeyjar came to international attention in 1973 with the eruption of Eldfell volcano, which destroyed many buildings and forced a months-long evacuation of the entire population to mainland Iceland. Approximately one fifth of the town was destroyed before the lava flow was halted by application of 6.8 billion litres of cold sea water.

There are 15 islands, and about 30 rock stacks and skerries. All the islands have been built up in submarine eruptions and consist of alternating layers of palagonite tuff and lava. The oldest geological formations are in the northern part of Heimaey (“Home Island”), the largest island and the only inhabited one. Basalt columns can be seen in many places, and the sea has eroded the soft rock of the shoreline and scooped out many picturesque coves and grottos, which are among the special features of the islands.
There was a submarine eruption southeast of Hellisey in 1896. The next eruption began on 14 November 1963. It lasted about four years – one of the longest in Icelandic history – and gave birth to Surtsey, the 15th island in the group. In the eruption of 1973 that lasted for 155 days, Heimaey grew by about 2.1 square kilometres (0.81 sq mi). The Vestmannaeyjar group is about 38 kilometres (24 mi) long and 29 kilometres (18 mi) broad, the closest point lying about 8 kilometres (5 mi) from the mainland.

The Westman Islands are one of the biggest fishing stations in Iceland. With new electric cables from the mainland to the islands the goals of using only green energy for homes, businesses and industry. That aims towards increased renewable energy technology with the natural energy resources available and improve the current energy efficiency with a joint effort within the whole community. The fishmeal productions wish utilize to day heavy black oil for there fishdrying process will turns over to green energy it will save CO2 of 8,59 thousand of tons pear year.

Trafo Elettro is proud of his part on this project that is the a new way to heat the water.

We're not around right now. But you can send us an email and we'll get back to you, asap.